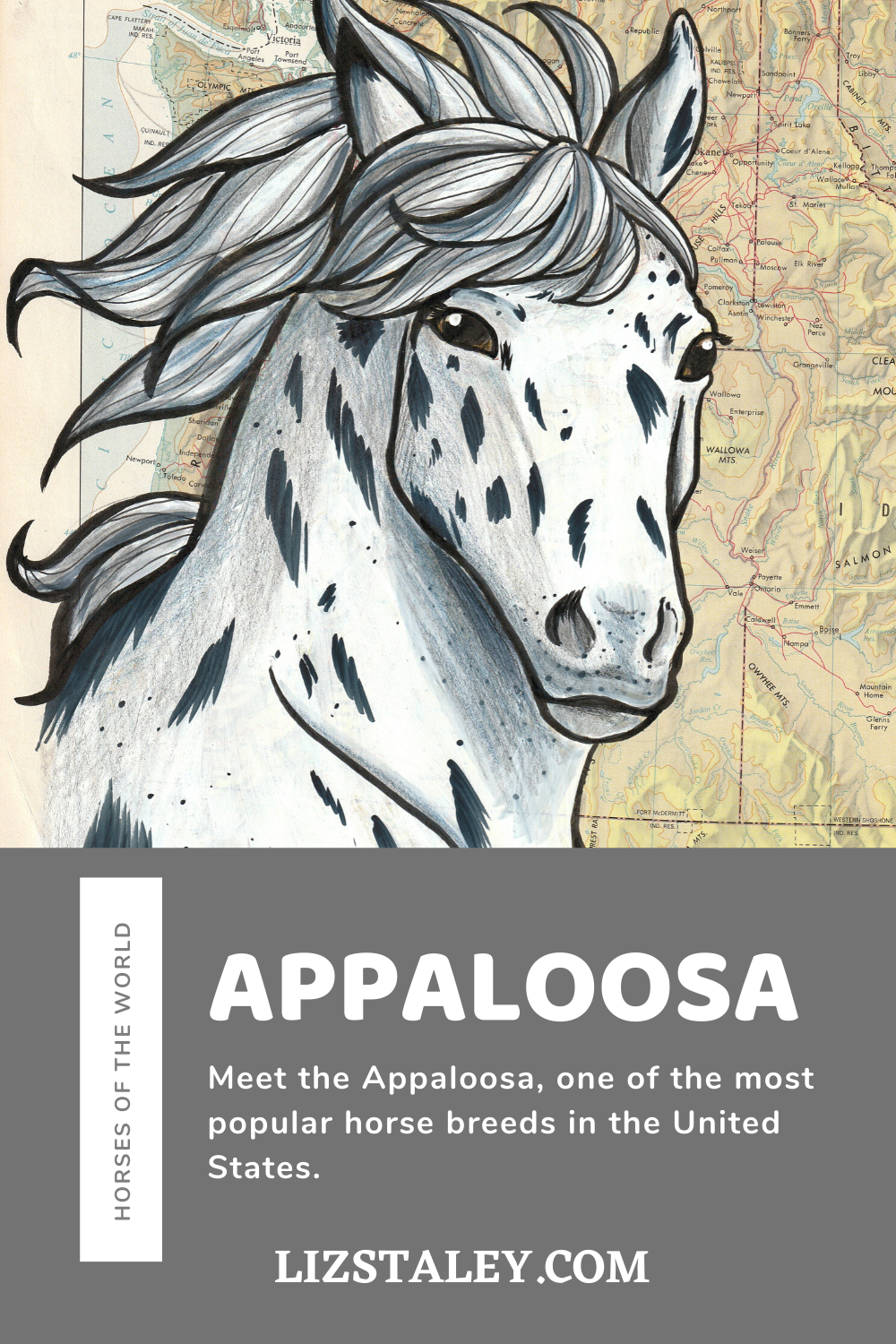 After creating the first piece in the Horses Of The World Series, I felt like my second horse breed had to be the Appaloosa horse. The Appaloosa, with its distinctive spotted coat, is a very popular breed not just in the United States, but worldwide. There are so many different patterns that the Appaloosa can have, but I chose to do the classic leopard spots. Like the Arabian, the lines for this piece were done a long while before I added the color and shading. The white areas were done with acrylic paint, with the shading added in a combination of Copic Markers and colored pencil.

In North America, a horse with a colorful spotted coat pattern was developed in the Pacific Northwest by the Nez Perce people. Settlers referred to this horse as the “Palouse Horse”, after the Palouse River in the area. Gradually, this breed’s name evolved into “Appaloosa”.

The Arabian horse played a huge part in the revitalization of the Appaloosa horse, as evidenced by early registration lists that show Arabian-Appaloosa crossbreeds as ten of the first fifteen horses registered with the ApHC. Later, Thoroughbred and Quarter Horse lines were added, as well as crosses from breeds such as the Morgan and Standardbreds. In 1983 the ApHC reduced the number of allowable crosses to three main breeds: Arabian, American Quarter Horse, and the Thoroughbred. 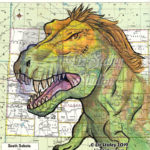