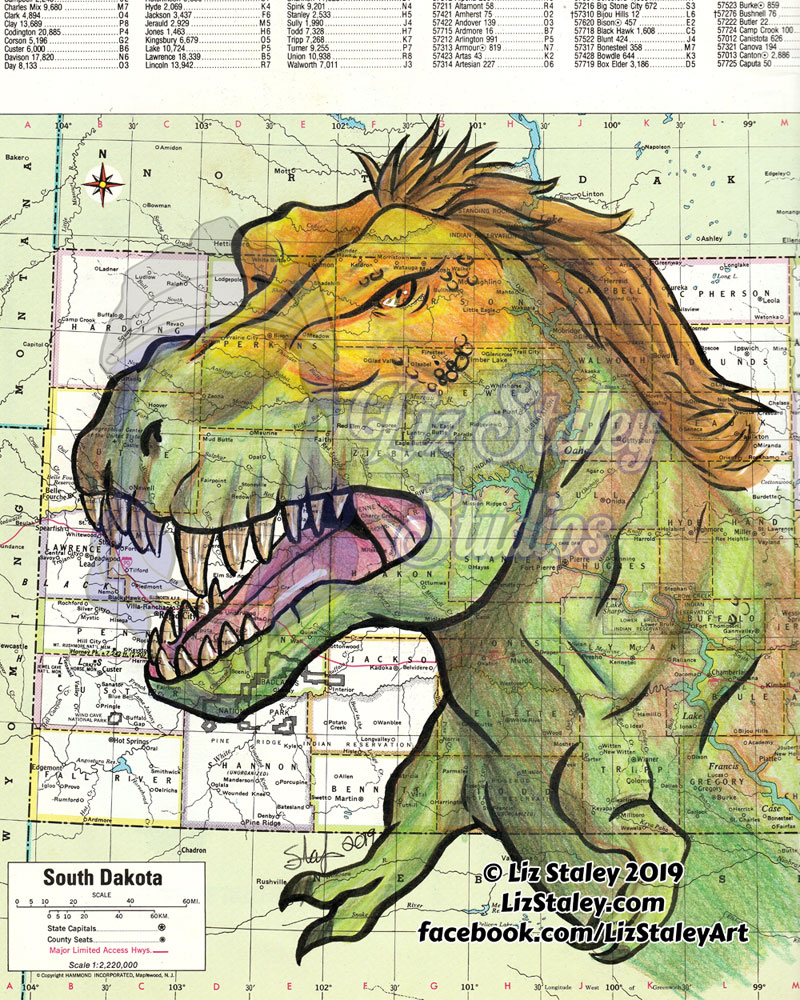 Rawr! I started a new series!

Yup, DINOS ARE COMING! I’ve had this idea rattling around in my head for almost a year now, but last year was so crazy that I just never got to it. I grew up with three older brothers, so we were all dinosaur-crazy growing up. I was 10 years old when Jurassic Park came out and I remember going to see that movie several times in the theater. I also saved my allowance for a few weeks so that I could get the “battle damage” Triceratops toy because Triceratops are my faves.

I am also crazy over “Tyrannosaurus Sue” and would love to get to Chicago someday and see her in person. So that’s why I decided to start this new dinosaur series with Sue! These dinos are drawn on maps of either where a famous fossil was found, or where the dinosaur roamed in the world. Since Sue was discovered in South Dakota, I chose that map for her background.

Also, sorry about the video quality on the above. I got a video camera for Christmas and this was my first attempt at doing an art process video with it. Obviously I need to either figure out what’s up with the exposure or I need more lighting on my art desk, because that entire video is very, very blue. I’ll figure it out! I got the camera so that I can do more art videos and other videos for YouTube, and I’m loving having something dedicated to film on instead of using up space on my iPhone. So let me know what kind of videos you want to see in the next year!