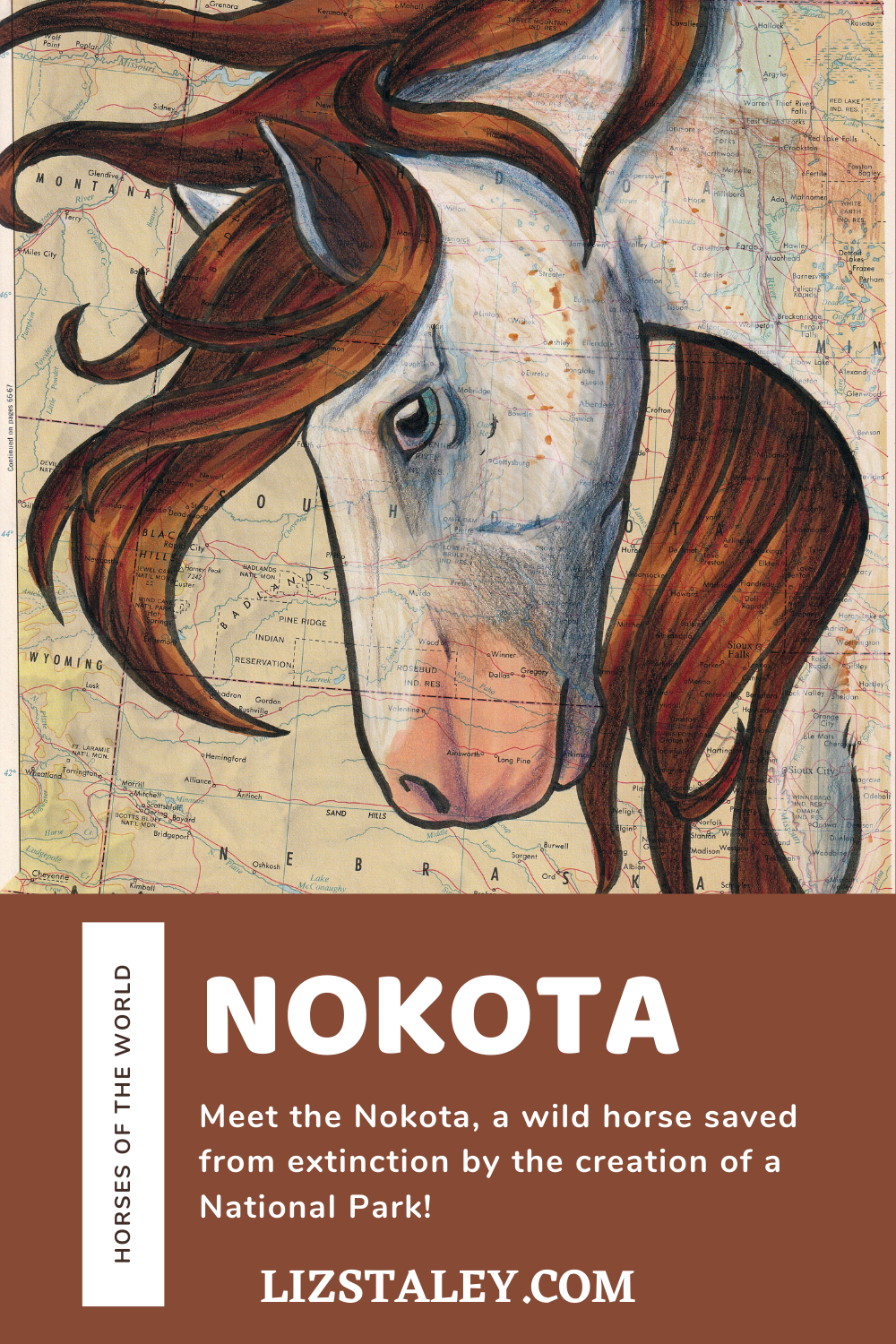 The Nokota horse breed developed in the southwest corner of North Dakota, in the Little Missouri River Badlands. In the 19th century feral horses mingled with the domestic horses of ranchers. The ranchers ofter crossbred the local ponies, Spanish horses, and various draft, harness, stock horses, and Thoroughbreds to make hardy ranch horses.

By the early 20th century, the feral horse population was the target of ranchers who wanted to limit their grazing so it could be used for livestock instead. Horses were rounded up to either be used for ranch horses, sold to slaughter, or be killed. In the 1930s and all the way to the 1950s, federal and state agencies worked to take horses from western North Dakota. The Nokota was saved from extinction when Theodore Roosevelt National Park was established in the 1940s. During construction of the park, several bands of horses were accidentally enclosed in the park fence, and by 1960 these bands were the last  feral horses living in North Dakota.

The park, however, wanted to eliminate these horses. The National Park Service was declared exempt from the Wild and Free Roaming Horses and Burros Act of 1971, allowing them to view the horses as a nuisance and to send many of them to slaughter. In the late 1970s, public opposition to the removal of the horses grew to the point where management strategies changed, and today the herds within Theodore Roosevelt National Park are kept for purposes of historical demonstration. In 1986 the dominant herd stallions were removed and outside bloodlines were introduced to the herds with the aim of modifying the appearance of the Nokota. Park management felt that horses created with outside bloodlines would sell better at auctions.

At the 1986 auction, Leo and Frank Kuntz purchased 54 horses that had been rounded up from the Nokota herds, including a dominant blue roan stallion. They purchased more horses at subsequent auctions, and by 1993 the Kuntz herd was 150 horses strong. In 1999 the Kuntz brothers founded the Nokota Horse Conservancy to protect and conserve the breed. The Nokota Horse Conservancy tracks about 1000 living and dead horses throughout the United States.