Matted Print of the Rocky Mountain Horse breed from the “Horses of the World” series of horse breeds illustrated on vintage maps. High-quality print on glossy photo stock, matted with a white 11×14 mat. Ready to frame and display! 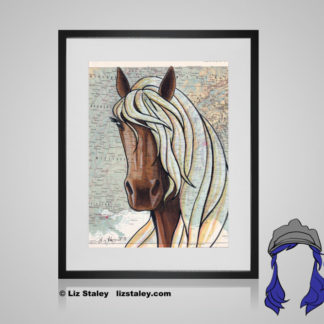