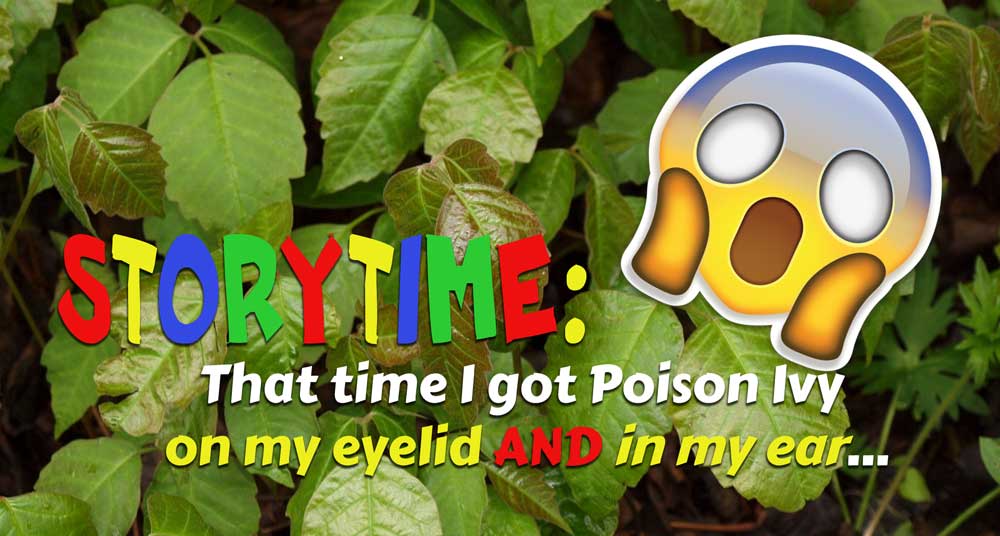 The year was 1993, it was nearly summer and the weather was starting to warm up. I was ten years old and was looking forward to a summer of relaxation, bike riding, and spending time at my friends’ houses. One of my friends at this time had a pool, and we were celebrating the end of school and a nice warm day by swimming and hanging out on the back deck, talking and just generally enjoying the day.

I remember, while we were out on the deck wrapped in towels at some point in the day, seeing that one of the neighbors back behind my friend’s backyard had their charcoal grill going. They didn’t seem to be cooking anything though, because the flames were quite high, so they must’ve been burning something. I lived in Baltimore City at this time, so seeing open fires in backyards wasn’t exactly common, and I think that’s why I noticed the high flames in the grill and still remember them to this day.

A few days later I began developing an extremely itchy rash across parts of my face, the backs of my hands, and the bottoms of my legs. It didn’t take long for my parents to realize that I’d somehow contracted Poison Ivy. I hadn’t been in any wooded areas lately, so we eventually came to the conclusion that my friend’s neighbor must have been burning poison ivy to get rid of it, and the wind blew the smoke across the yards and that’s how I came into contact with it!

The next week or so were MISERABLE. I had poison ivy all over the right side of my face, including on my eyelid and INSIDE my ear. My eye swelled up to the point where I couldn’t open it, and I was covered in an itchy rash that kept oozing, so I spent most of my time dabbing at myself. I took baths in every poison-ivy remedy that could be purchased or home-made. Eventually, the rash on my face got so bad and was making me so miserable that my mom ended up wrapping my head in gauze and bandages, partly so that I couldn’t scratch and partly so that I wouldn’t have to dab at the oozing rash all the time. I looked like I’d been in some sort of horrible car accident!

Part of the reason why I remember this childhood incident so well, though, is because I was still recovering from this poison ivy run-in weeks later when the first Jurassic Park movie came out. We’d been looking forward to seeing it for months, and even the fact that I wasn’t fully recovered from my rash wasn’t going to stop us from going to the theater. At the time I was still itchy, but the rash was looking much better. However, my eyelid was still pretty swollen and I couldn’t open my eye because my eyelashes were literally glued shut from all the oozing the rash had done.

I remember sitting in the movie theater, trying to watch Jurassic Park, and only being able to see half the movie because my one eye wouldn’t open! What a horrible experience it was! I sat there during the movie and picked at my eyelashes until I got to the point where I could finally get my eye open and enjoy the entire movie instead of just watching the left side of it. Definitely a terrible but memorable childhood story!

Jurassic Park is still one of my absolute favorite movies of all time, by the way. And this story is why I chose to include Poison Ivy in my “Poisonous” series! I steer clear of this plant now whenever I see it because I do not ever want to go through that again. Don’t burn poison ivy, people!

Have you seen my merch on Amazon yet?

Birthstone horse shirts are available on Amazon! You can get February-October’s designs on a variety of fits and colors while taking advantage of your Amazon Prime benefits! I got to see one of these shirts in person just yesterday and I am BLOWN AWAY by the quality. The print looks amazing and the shirt itself is high-quality. I definitely recommend getting a shirt for yourself or someone you know who loves horses through my Amazon shop if you want the best feeling shirt ever! 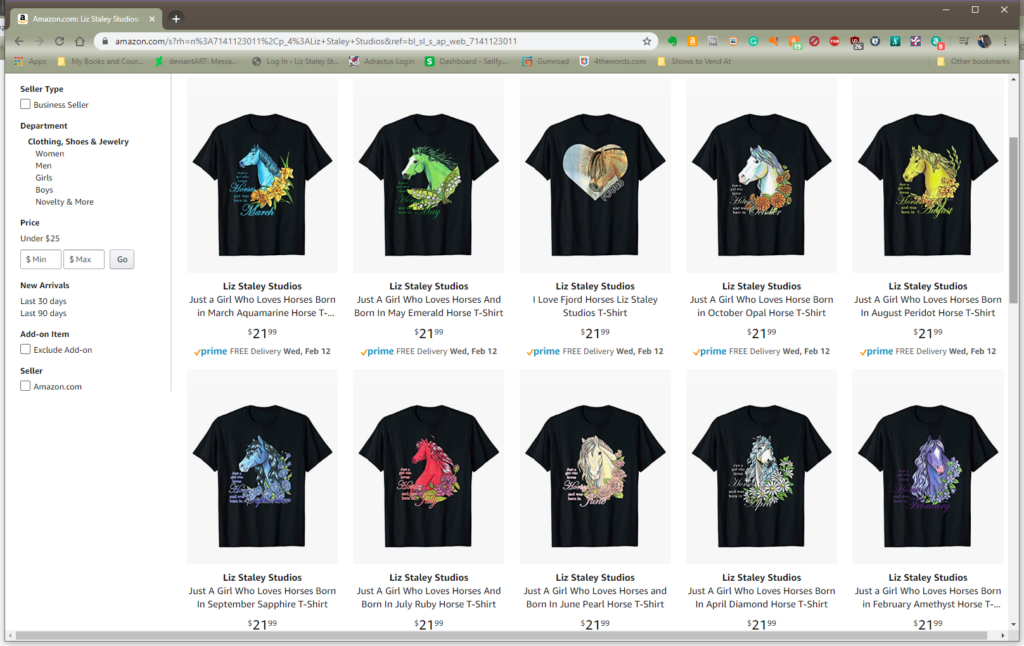 I will be adding more shirts to Amazon as I can, however, the way that this program works is different from other t-shirt storefronts I have. With Amazon, you have only so many design “slots”, and as you sell more shirts you rank up and get more slots. I am currently on the lowest level and only have 10 design slots, so I can’t put up all the months until I open up more slots. This means I have to get more people to buy shirts on Amazon! So if you know someone who would love one of these designs, please share the link with them! I need to sell 6 more shirts before I can get to the next tier, so there’s still a ways to go but I know we can do it.