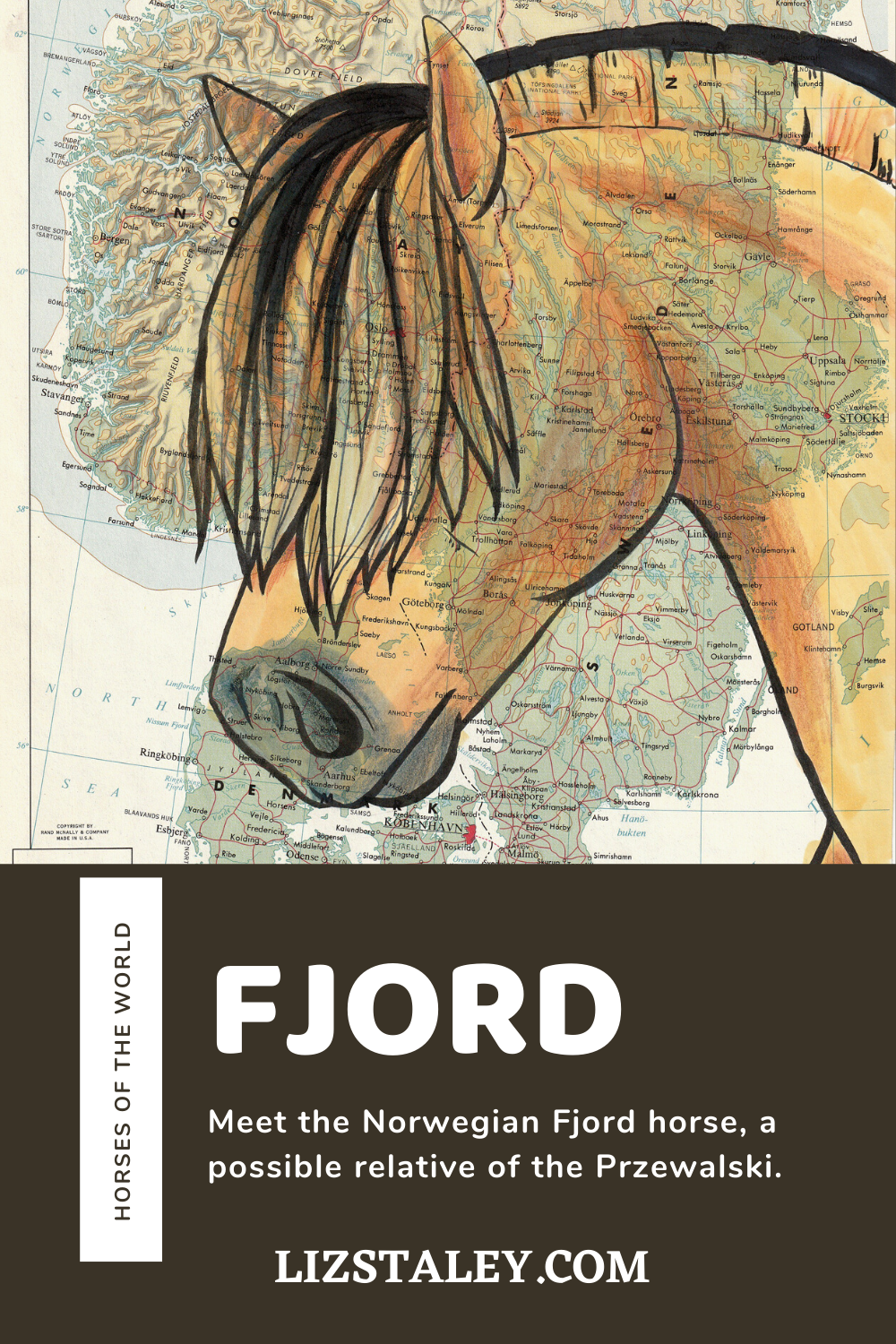 I LOVE FJORD HORSES. There, I said it. I think they are just so darn cute. They are like a short draft, and I love it when people cut patterns into their manes to show off the black stripe down the center of them. So, when I started up the Horses of the World series, the Fjord was one of the first 6 designs I created. The black areas of the horse drawing are done with ink, and the colors are created with a combination of Copic markers and colored pencils. I chose a pose for this portrait that would have the map almost making a halo around the horse, making the illustrated animal fit in as neatly to these drawn countries as the real horses do into the culture of Norway.

The Norwegian Fjord horse is a possible relative of the Przewalski Horse. Horses were known to exist in Norway at the end of the last Ice Age. The ancestors of the Fjord are believed to have migrated to Norway and were domesticated 4,000 years ago. The Fjord horse “type” has been selectively bred for at least 2,000 years, according to archaeological evidence found at Viking burial sites. Fjord horses have been used for everything from Viking war mounts to plow horses because of their strength and agility.

The breed standard recognizes only four colors of Fjord, all of them some variation of dun. The prevalence of the dun gene provides the Fjord with their dorsal stripe and two-toned mane and tail. White markings are rare on Fjord horses. The Fjord is a good all-around horse. They are small enough and gentle enough to be ridden by children, but strong enough for pulling carts, farm work, or being ridden by adults.