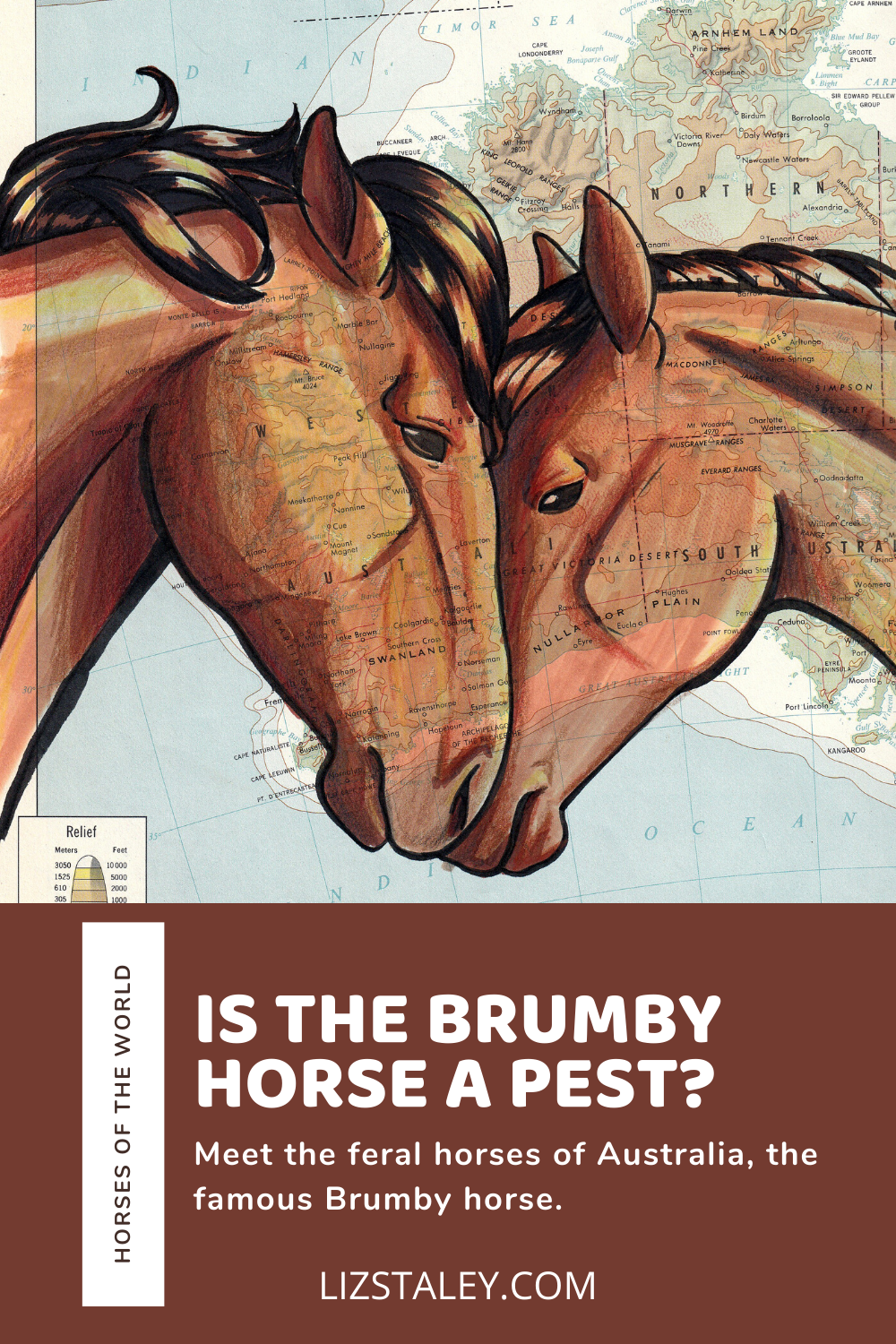 Horses first arrived in Australia in 1788, imported for farm and utility work since recreational riding and races were not major activities. It is thought that only around 200 horses had reached Australia by 1800. In 1810, horse racing became popular in Australia, which then resulted in an increase of imports of Thoroughbred horses. By 1820 there were roughly 3,500 horses living in Australia. This number had grown to 160,000 by 1850. Because of the long trip from Europe to Australia, only the strongest horses survived. This made for a healthy and strong Australian stock, which aided in their ability to flourish.

The Brumby horse breed came about because of horses escaping from their owners and becoming feral. The first report of an escaped horse was in 1804. By 1840, more horses had escaped from the settled areas of the continent. It is very likely that some escaped because of improper fencing or a lack of fencing. But many horses became feral because they were released out into the wild by their owners to fend for themselves. Arid conditions in Australia made farming difficult, so it is likely that some feral horses came from people abandoning their settlements and giving up on trying to farm in the unfamiliar country. After World War I, as in many other areas of the world, the rise of mechanization led to less need for horses in the military and in farming, which led to the growth of unwanted animals who were set free to increase the feral population.

Australia currently has around 400,000 horses roaming free. Despite the large population numbers, the feral horses are only considered to be a moderate pest. If they are allowed to damage vegetation and cause erosion, their environmental impact can be devastating. However, they also have cultural and economic value, which makes their management a complex issue for all those involved. Public concern is a major issue in control efforts, as many people advocate for the protection of the Brumby. This includes the Aboriginal people, who believe feral horses belong to the country. Some organizations are totally against culling, while some accept necessary and humane culling methods to control environmental damage caused by the Brumby bands. The issue is complicated, at best, with passionate people on both sides of the debate.

I’m not Australian, so I don’t feel that I can really comment on whether or not the Brumby is a pest. However, I do feel that any animal population that needs to be managed should be done so in humane and responsible ways. Especially animals that are only on a continent because humans abandoned them there! There are several organizations that advocate for the preservation and humane management of the Brumby horse, including SaveTheBrumbies.

The Brumby image for the Horses of the World series was one of the first where I illustrated two horses in one image. I think it’s a very sweet image, and have had several sales of it just because of the emotion in the image. I love being able to teach people about breeds they aren’t familiar with, so creating a striking image that starts a discussion is very important to me!