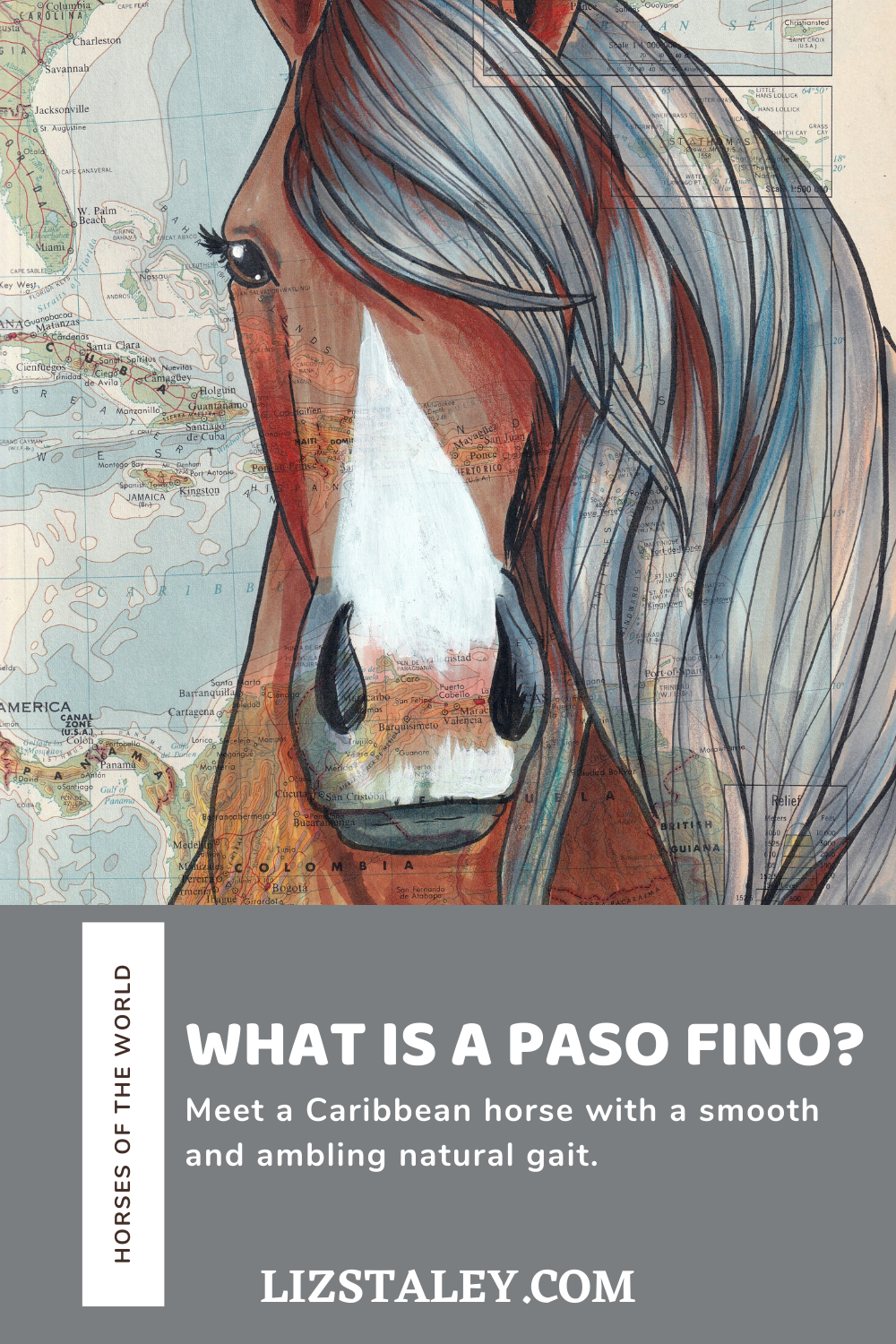 The Paso Fino breed dates back to horses imported to the Caribbean from Spain. They are a naturally gaited light horse, prized for their natural, smooth, four-beat ambling gait. The Paso Fino is especially popular for trail riding, but are used for all disciplines. In the United States there are two main groups of horses referred to as “Paso Fino”. The Pure Puerto Rican Paso Fino (PPR) originated in Puerto Rico. The other developed in Columbia, and is called the Columbian Paso Fino or Colombian Criollo Horse (CCC). The two groups developed independently in their countries of origin, though they are from similar Spanish ancestors.

The name Paso Fino means “fine step”. The horses were bred by Spanish landowners in Puerto Rico and Colombia for use in plantations because of their comfortable ride and endurance. The Paso Fino tends to be refined, standing at 13-15.2 hands high. It is powerful for its small size, however! Paso Finos are a lively horse with a natural drive, willingness, and amiable disposition. The gaits of the Paso Fino are performed at various levels of extension. At whatever speed the horse travels, the gait is so smooth that it ideally allows the rider to appear motionless. The video below explains the natural gaits of the Paso Fino.

The Paso Fino has been nicknamed “The Smoothest Riding Horse In The World”. The gaits of the Paso Fino are completely natural, not trained into them. Because of the smooth gait, many people who have injuries that prevent them from riding other horses have found that they can ride a Paso Fino!

Information for this blog post was taken from Wikipedia and the Paso Fino Horse Association.