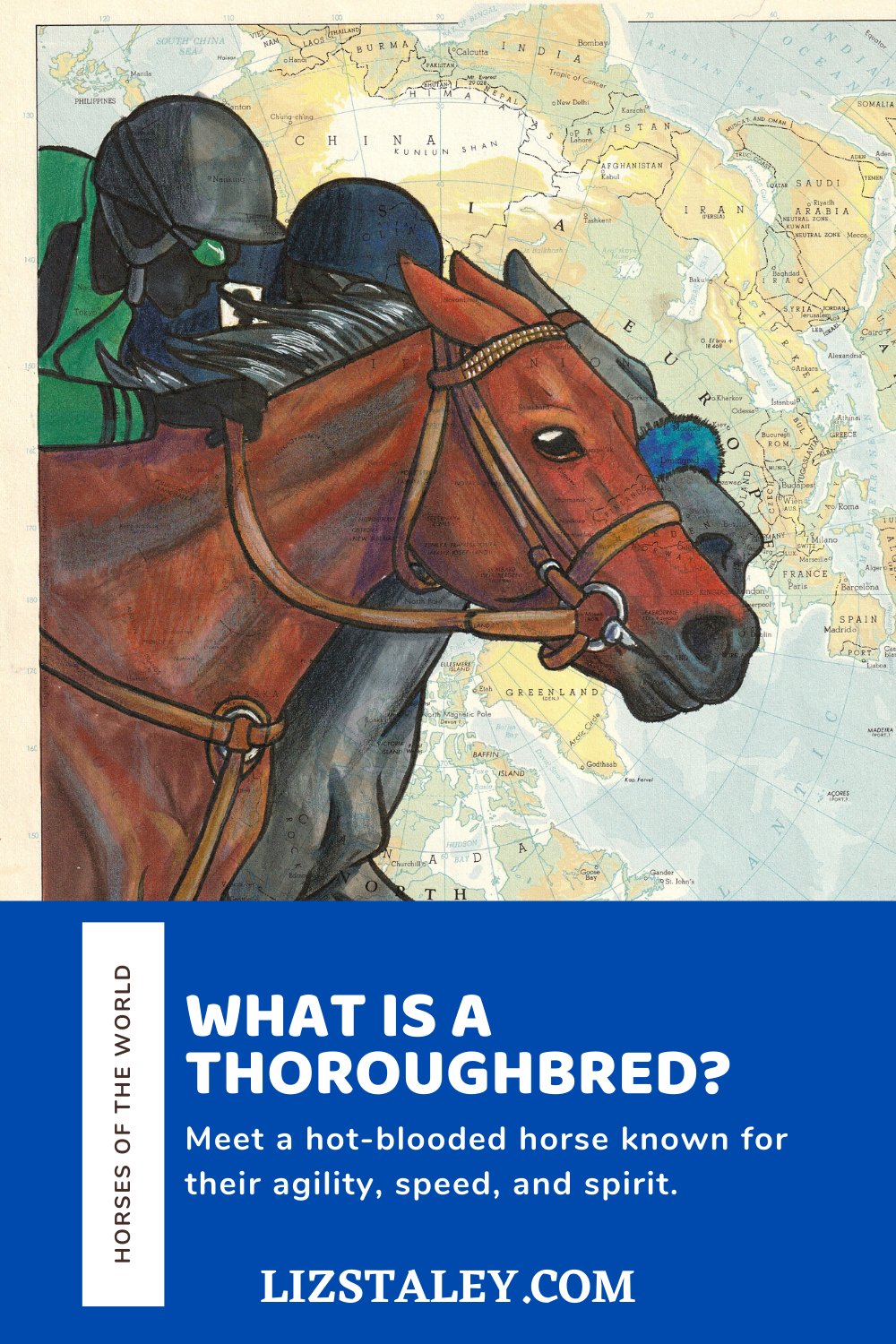 Sometimes the word “Thoroughbred” is used to refer to any breed of purebred horse, but it technically only refers to the actual Thoroughbred breed. The breed was developed in 17th and 18th century England by cross-breeding native mares with imported Arabian, Barb, and Turkoman stallions. All Thoroughbred horses can trace their pedigrees to three stallions imported to England. During the 18th and 19th centuries, the breed spread throughout the world. They were imported to North America, Australia, Japan, and South America.

Millions of Thoroughbreds exist today, with around 100,000 new foals being registered each year across the globe. Unlike a large number of registered breeds today, a Thoroughbred cannot be registered with the Jockey Club registry unless the foal was conceived by “live cover”, which is the witnessed natural mating of a mare and a stallion. Artificial insemination and other modern methods of breeding, though accepted in many other breed registries, are not useable with Thoroughbreds. This could be because there is a larger possibility of error with assigning parentage in artificial insemination, but it could also be for economic reasons. A stallion can only cover so many mares per year, which prevents an oversupply of Thoroughbreds.

Thoroughbreds are considered a “hot-blooded” type of horse. They are bred for agility and speed and are considered generally to be spirited and bold. They are used primarily for horse racing under saddle at the gallop. Thoroughbreds also compete in dressage, show jumping, eventing, polo, steeplechase, and fox-hunting. They have been influential to many other breeds as well, influencing the traits of the breeds they are introduced tt. The American Quarter Horse, Standardbred, and potentially the Morgan are just some of the breeds where the Thoroughbred was influential.

Because of their world-wide fame, appeal, and influence, I decided to do something a little different for the map for the Thoroughbred piece in my Horses Of The World series. I used a map of the Northern Hemisphere to both invoke their breeding of both English and Oriental breeds and to illustrate their influence beyond their own breed. I wanted to illustrate the Thoroughbred doing what it’s most famous for – racing. The drawing for this piece was done in a digital drawing program, then printed out. I transferred the sketch to the map using a lightbox and a brush ink pen. Then the colors were added with Copic alcohol markers and colored pencils.