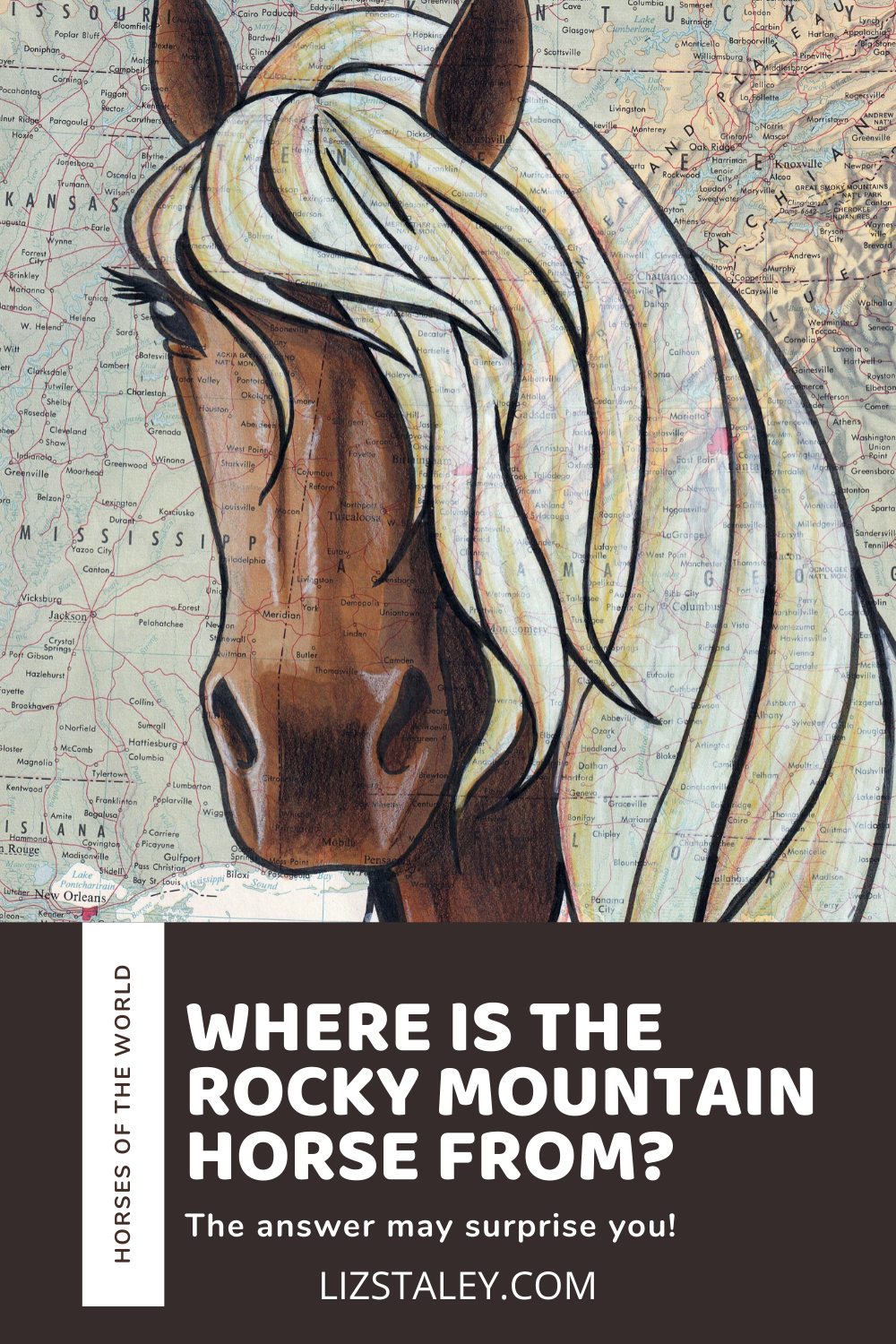 Every Horses Of the World art piece begins with research into the breed so that I can look for a map, research the history and the characteristics of the breed, and also find reference images so I can be sure to capture that breed correctly. When it came time to do the Rocky Mountain horse, I thought for sure that I knew what map to use. “Rocky Mountain” is in the name, right? That tells you where the breed came from! But I decided before putting pencil to map-page that I would do my normal process and do some research first.

Imagine my surprise when I learned that the Rocky Mountain horse originates from … Kentucky! Despite its name, the Rocky Mountain horse did not develop in the Rocky Mountains, but the Appalachian Mountains instead. A foundation stallion was brought from the western United States to eastern Kentucky around 1890, which started the breed. In the mid-20th century, another stallion named Old Tobe, was used to develop what we know as the modern Rocky Mountain horse. The breed has over 12,000 registered horses, and is known for its chocolate-colored coat and flaxen mane and tail that is seen in much of the breed’s population. Rocky Mountain horses also have a four-beat ambling gait known as the “single-foot”, which replaces the trot that is seen in the majority of other breeds. The single-foot is an intermediate speed between the walk and canter, but is a four-beat gait while the trot is a two-beat gait. This gait is extremely smooth for the rider because it minimizes movement through the top of the horse and removes the bounce that is present in a two-beat gait.

Eastern Kentucky is known for its gaited breeds that are created from mixing Spanish horses with English horses. The American Saddlebred, Tennessee Walking Horse, and Missouri Fox Trotter are also from the same general geographical area as the Rocky Mountain Horse. The breed was originally developed for general farm use, including pulling plows and buggies, working cattle, and being ridden under saddle. Today, the Rocky Mountain Horse is still used for many of the same activities, as well as endurance riding and pleasure riding. The easy disposition and smooth gait make this breed especially sought out be elderly and disabled riders.

If you know someone who loves the Rocky Mountain horse, share this post with them using the buttons below!