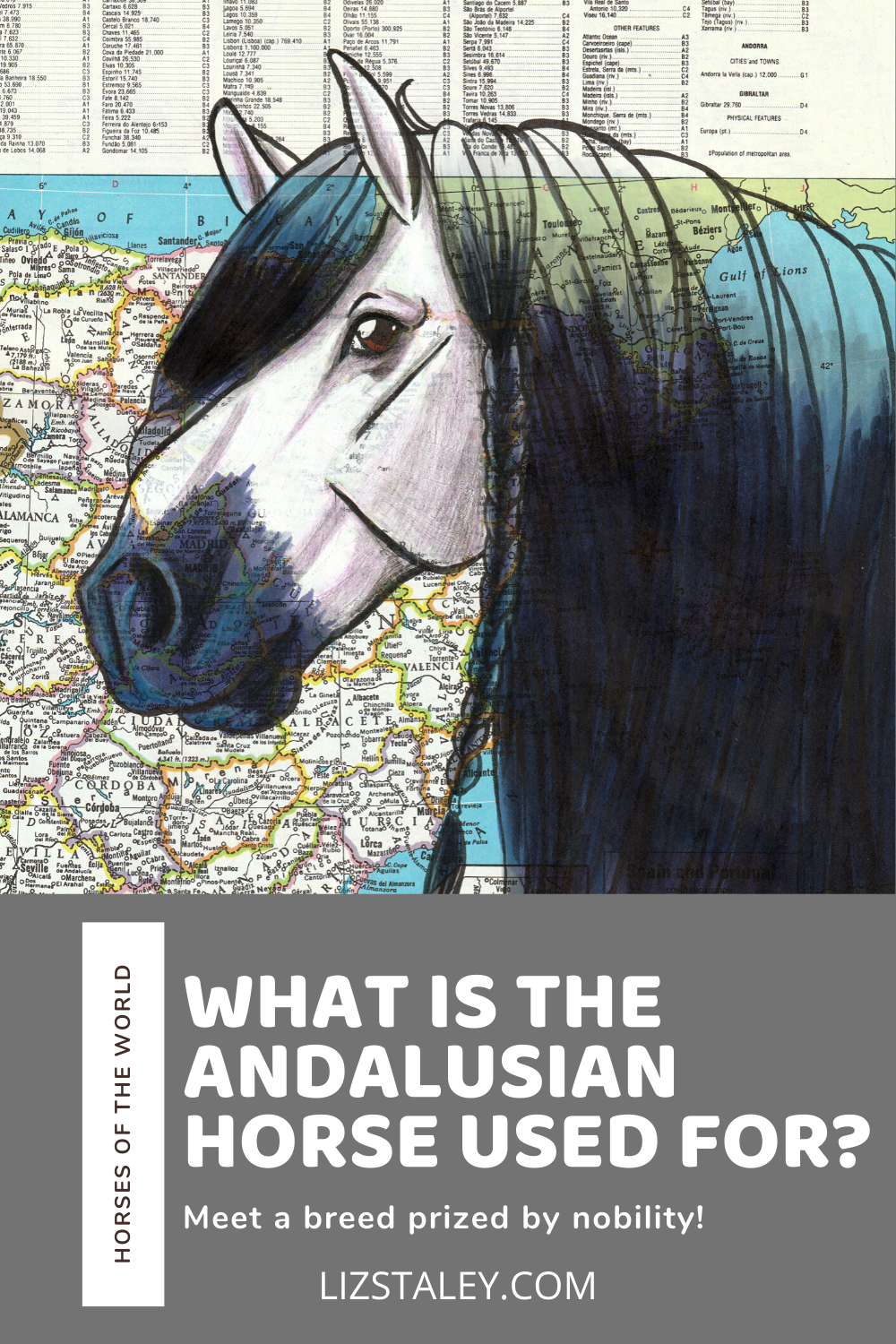 The Andalusian horse derives its name from its place of origin, the Spanish region of Andalusia. Cave paintings show that horses have been on the Iberian Penninsula as far back as 30,000 BCE. The Iberian breeds have been influenced throughout history by different cultures and peoples who occupied Spain, including the Celts, Carthaginians, and the Romans. Some of the earliest written pedigrees were kept by Carthusian monks because they could read and write, and were therefore able to keep careful records, the monks were given the responsibility of horse breeding by members of the Spanish nobility beginning in the 13th century.

The Carthusians bred powerful, weight-bearing horses for the crown of Castile using the finest Spanish Jennets as foundation stock. By the 15th century the Andalusian was considered a distinct breed and was being used to influence the development of other horse breeds. The Andalusian horse by this time was also well-known for use as cavalry horses. In 1667 William Cavendish, the Duke of Newcastle, called the Spanish horse of the Andalusia area the “princes of the horse world” and reported that they were “unnervingly intelligent.” The Iberian horse became the royal horse of Europe and was used in many royal courts and riding academies. During the 16th century, inflation and increased demand for cavalry and harness horses drove the prices extremely high, and it was often impossible to find an Andalusian horse to purchase at any price.

During the 19th century, the Andalusian breed was threatened because of horses being stolen or requisitioned in wartime. One herd of Andalusians was hidden from invaders and was used to renew the breed. Then, in 1832, an epidemic seriously affected Spain’s horse population and one herd survived in a stud monastery in Cartuja. European breeders in the 19th and early 20th centuries changed from an emphasis on Andalusian horses to breeding Thoroughbreds and warmbloods, which further depleted the stock of Andalusians. Despite this, Andalusian numbers slowly recovered. Andalusians only began being exported from Spain in 1962, and there are currently around 8,500 animals in the United States.

The Andalusian breed has been known for their athleticism for centuries. These horses have been used for riding and driving since the beginning of their history, and they were among the first breeds used in Classical Dressage. They are also used today for show jumping, western pleasure, and many other activities in horse shows. Andalusian horses are also used in movies, including Gladiator, The Lord of the Rings Trilogy, and The Chronicles of Narnia: The Lion, the Witch, and the Wardrobe.

The Andalusian horse is truly a beautiful breed and I loved adding them to my series of illustrations. This was also one of the first breeds that I did with access to some new collections of map pages, which is why the colors in the background are a bit sharper and there’s more text than in previous entries in the series. I loved coloring all that long, black mane and shading the little braid in the front. I feel like this is one of my most elegant illustrations in this series!