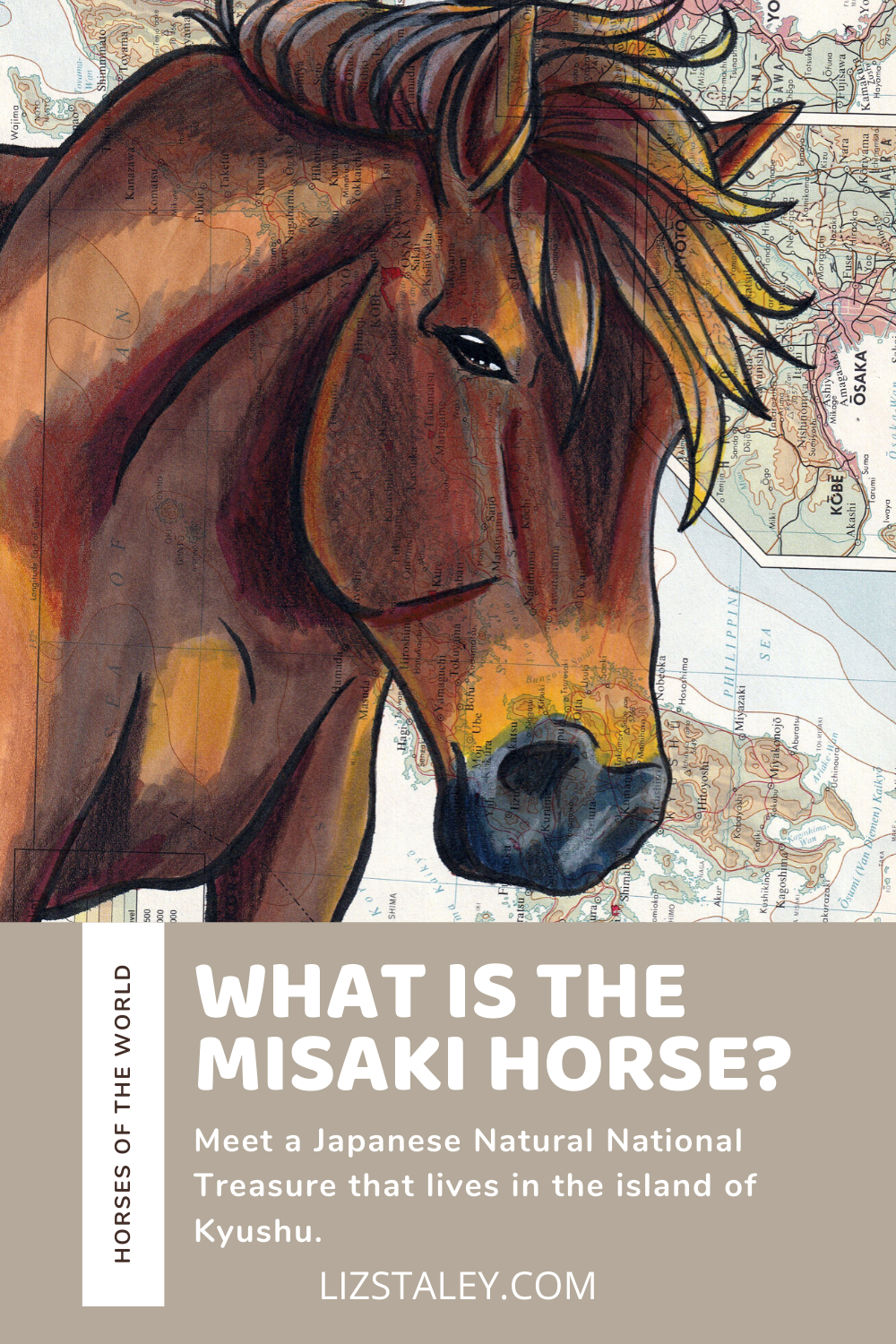 The Misaki horse is a small, dark-colored horse breed in Japan that is critically endangered. It is one of eight native Japanese horse breeds, and is a feral horse that lives in a designated National Monument on Cape Toi (Toimisaki), on the island of Kyushu.

Japanese horses are thought to descend from stock brought and different times from various parts of the mainland of Asia. The first of these importations took place, at the latest, in the 6th century. Horses were used as pack animals for farming, not draft power. They were also used in warfare. The horses were not large, as evidenced by 130 horse remains that have been excavated from battlefields dating back to 1185-1333 AD. The Misaki breed was first identified in the historical record in 1697 when the Akizuki family rounded up feral horses and developed a breeding stock.

The horses are a popular draw for tourists in the area where they live. Both the Misaki and the Cape Toi are were declared a Natural Monument in 1953. The Misaki is also a Japanese National Natural Treasure, which puts it under the Law for the Protection of Cultural Properties.

In 2007, the Misaki was classified as “critically maintained”. The population is approximately 120 animals, up from a low of 53 recorded in 1973.

I absolutely love Japan and so the chance to illustrate a Japanese breed could not be passed up! After doing research on several of the Japanese breeds, I decided on the Misaki because I was touched by their classification of critically endangered and that they are one of the rarest horse breeds in the world. I imagine the Misaki horse in my illustration to be looking at a human tourist, curious but also full of wild beauty.

Have you ever heard of the Misaki horse? If you know someone who would love to learn about this breed, share this post with them using the buttons below!