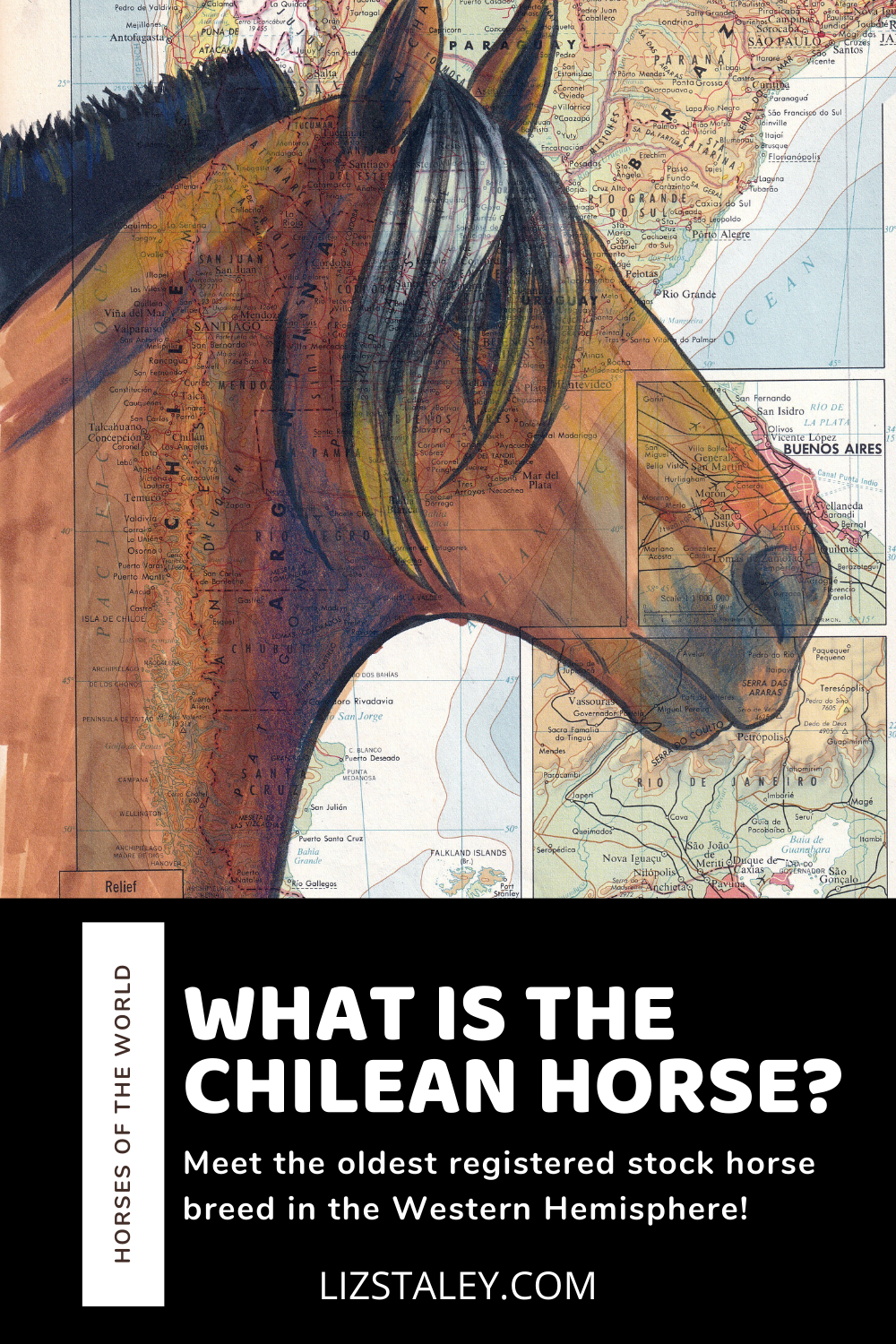 The Chilean horse is the oldest horse breed from South America and the oldest registered stock horse in all the Western Hemisphere. The pure genealogy of the Chilean horse precedes the date of its formal breed registry, however. Diego Almagro brought the first horses to Chile in 1536, but it wasn’t until Pedro Valdivia settled in the region of New Toledo that horses were imported with the intention of starting a breeding program. Clergyman Rodrigo Gonzalez de Marmolego was declared the first horse breeder in the territory in 1544. His emphasis on producing quality animals set a precedent for the breeding program.

By the 19th century, Chile was considered to be the producers of the highest quality horses in Latin America. Some of their best horses were exported to the courts of many parts of the Americas and even to Europe. The first serious US breeder of the Chilean horse didn’t start until 2005.

The Chilean Horse is between 13.1 and 14.2 hands with an average weight of 1,000 pounds. It has one of the thickest manes, forelocks, and tails of any horse breed in the world. It has tough skin covered by a thick coat of hair. Chilean horses come in all colors except a true white, cremello, perlino, or smoky cream. Dark colors, dun, and grullas are the preferred colors for the Chilean. The breed is very hard, an easy keeper, and is amazingly resistant to diseases. They have a remarkable ability to recover from injuries and sickness, with a high threshold for pain. Chilean horses love to work and are eager to please.

The Chilean horse was one of the first breeds I added after the initial six drawings I did in this series. Because I only had one atlas to choose maps from, I found a page that I liked and then found a breed to put on it instead of researching a breed and then choosing the map. It’s difficult to find a lot of info on this breed, and the information that I used for this blog post came from www.ChileanHorse.com